Winner of BEEAs 2016 Design Team of the Year, ByteSnap Design, is launching the latest Snap UI at this year’s EDS on stand L22. 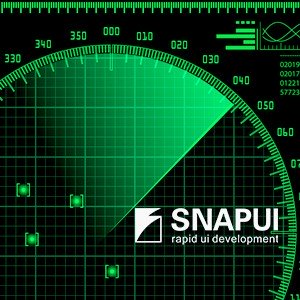 Changes to the user interface can be implemented rapidly and simply by changing the XML description of the interface, significantly reducing the time required to deploy new versions of the UI or to change branding or multi-language translations compared to traditional UI development methods.

“We see our framework being used to quickly mock up user interfaces for demonstrations on the Raspberry Pi itself; this could be deployed on the Pi compute module to create an industrial platform with a suitable baseboard. We expect this to be the case for many customers wanting to drive an LCD panel for purposes such as ticketing, information and industrial control devices,” says ByteSnap Director Graeme Wintle.

“Early client feedback is that SnapUI on Raspberry Pi is easy to use, quick to set up and high-performance.”

Contact us to find out more or see SnapUI Raspberry Pi for yourself at the Electronic Design Show on 19-20th October at stand L22.

ByteSnap Design is a specialist in innovative embedded systems development, encompassing hardware and software design, with an international client list.

ISO 9001:2008 certified, ByteSnap Design is an NXP Partner and an ARM Connected Community Partner. The team’s experience ranges from electronic design through to BSP porting and mobile app development. 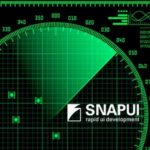