Awards that celebrate the Birmingham tech sector  will be held on 2nd November at Digbeth’s Boxxed.

Established to celebrate the city’s fast growing tech and digital companies and entrepreneurs, there are plans to make The Silicon Canal Tech Awards an annual event looking to celebrate companies and individuals from across Birmingham and the wider area.

The Silicon Canal Tech Awards categories including developer of the year, best tech startup of the year, and the most influential male & female in technology. The awards will recognise companies that are fully established or in startup phase, including a rising stars category for individuals. There will also be some impressive tech on display at the awards, including virtual reality (VR) and drones.

Silicon Canal is a not-for-profit organisation with the mission is to connect, promote and support the tech ecosystem of Greater Birmingham.  The awards will be the second major event held by the organisation CIC this year, following the successful launch of their white paper in May, attended by over 300 key tech and digital influencers and leaders from throughout the city and the UK.

Packt Publishing, an online training publishers for tech professionals, is the headline sponsor for the event, with individual category award sponsors to be announced shortly.

The applications will be judged by a panel of top tech businesspeople, including Tracey Westall, Cliff Dennett and Jess Jeetly, and the winners will be celebrated live at the awards ceremony where guests will enjoy Digbeth Dining Club street food, drinks by Purity Beer, and the chance to rub shoulders with the region’s best tech companies! 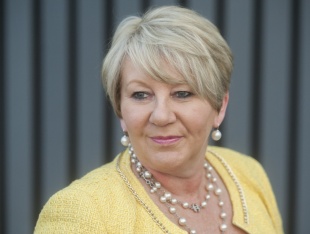