Researchers at Nottingham University have been awarded a £3.5m grant by the Engineering and Physical Sciences Research Council (EPSRC) to establish 3D printing materials libraries.

For many businesses, 3D printing could offer a serious advantage over traditional manufacturing methods.  EPSRC claims that there is a lack of clear and impartial information out there about 3D printing materials, 3D printing techniques, and the compatibility between material and process.

The lack of information available to businesses has prompted EPSRC to award a £3.5 million grant to a team of researchers at Nottingham University. That team, led by Professor Ricky Wildman, will use the funding to investigate the formulation of 3D printing materials and create a series of libraries documenting those materials. It is hoped that the libraries could be used by those within the industrial sector as an explanatory guide. “It is all about widening the portfolio of materials and making it easier for people to use 3D printing,” Wildman said.

Wildman and his team believe that creating a series of materials libraries could help to eliminate an important problem in the world of additive manufacturing: the seemingly unbreakable link between materials and their associated printing techniques. Wildman has noted that those in the industrial world can be skeptical of 3D printing because many 3D printers seem limited in their material capabilities. An SLA 3D printer would not appear a worthwhile investment to a company which only occasionally manufactures resin-based parts, while a DMLS 3D printer might only appeal to a company with access to large quantities of metal powder. As such, the prospect of using several machines and methods to accommodate multiple materials can seem unattractive.

To attract further industrial enterprises to the world of 3D printing, the Nottingham researchers will attempt to break this link between process and materials. In order to do this, they have begun working with Morgan Alexander, Professor of Biomedical Surfaces at the university’s School of Pharmacy, who has developed a a high-throughput biomaterials screening technology. The team will use this technology to investigate new materials that could be suitable for inkjet 3D printing, putting the materials through their paces to determine their viscosity and surface tension.

Alexander’s screening technique involves printing an array of materials onto a surface. Once printed, these materials can be put through a variety of testing procedures, such as atomic-force microscopy, to better understand their characteristics and to determine their suitability for 3D printing. According to Wildman, this technique is a much faster way of testing materials than 3D printing complete objects in each material: “We will very quickly be able to get a snapshot of whether the material is printable and what its properties are, many hundreds of times faster,” he said.

It is not yet clear in what form the libraries will be published or whether they will be free to access, but a wider pool of accessible information could likely benefit 3D printing companies and the industrial sector in equal measure. 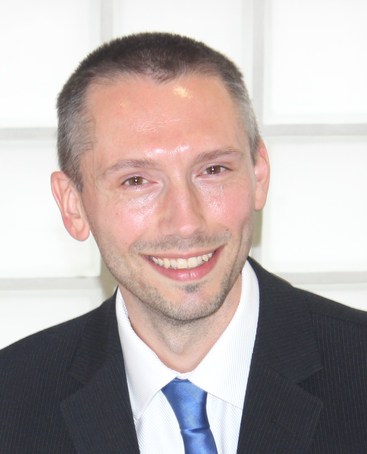