IT Services company SCC is set to open a services delivery centre in Vietnam.

SCC chief executive James Rigby confirmed that the firm already has up to 1,000 workers based in Romania.

The Vietnam centre, in Ho Chi Minh City, is due to go live in October with 50 people providing the more complex infrastructure support.

A team of 20 developers are to be recruited too, “people with those skills are not easy to find here [in Europe] and they are very expensive. We are not a big development house”.

Vietnam is seven hours ahead of the UK time zone, the average age of the 90 million strong population is 29 and there are 300 IT universities in the country.

The new venture will provide infrastructure support to customers, and act as an offshore development centre to accelerate the development of SCC’s custom applications.

SCC chief executive James Rigby said: “It’s an exciting time for SCC as we look further East to a location that combines a sufficient time difference with widely-available technical skills.

“English is widely spoken to a high standard and the time difference of London+7 is ideal for 24/7 customer support.”

The group’s product revenue was down by £35m, which SCC said reflects its continued focus on improving margin and developing its services business, which grew by 11 per cent to £177m.

Rigby added: “We continued to make investments throughout FY16 in additional capability, improved facilities and skilled people – all geared towards delivering the very best service to our customers.”

The company reported EBITDA of £24.9m, up 29 per cent year-on-year, and is headquartered in Tyseley, Birmingham. 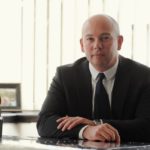