BIRMINGHAM-based smart home technology firm, LightwaveRF has forecast a sales growth of more than a third for the second half of the year as awareness of its products rises.

The firm, based at Innovation Birmingham campus, is the Internet of Things provider of the LightwaveRF platform and connected devices enabling domestic and commercial users to remotely monitor and control light, heat, power and security via a smartphone, tablet or computer.

Speaking at the firm’s AGM, chairman, Barry Gamble said market awareness of the LightwaveRF offering continued to increase, with almost 250,000 lighting, power and heating devices already connected to the firm’s platform – which the firm believes is more than anyone else in this market.

He said that the technology firm’s forward order book stood at £911,000, up from £323,000 at the start of the financial year. “With this order book and pipeline prospects we are confident of further sales growth in the second half,” he added.

In addition to its own platform, the firm is also now taking an open platform approach to allow interface with other third party IoT products. This approach has been reinforced by the recent launch of several IFTTT channels. Further integration with a number of leading IoT platforms and device manufacturers is now in process.

It is also hoping to benefit from the findings of the Innovate UK project, which has been running at the University of Warwick for the last two years.

An independent report has been produced recently which the firm said demonstrated that with the LightwaveRF thermostatic radiator valves and smart window switches energy savings of up to 46% were achievable.

“This independent evidence will enable us to more effectively promote our Building Management Solutions. In addition such validation of the LightwaveRF system will support the further development of our distribution outlets in the UK, Europe, India and Australia,” said Mr Gamble. 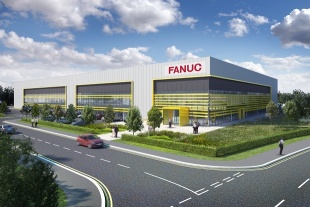 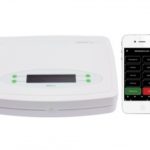