Coventry software and IT group Sanderson confirms that trading results for the six-months to March 31, 2017 are in line with expectations.

The group, which also has offices in Sheffield and the North West, as well as Solihull, said gross margins were lower during the half-year reflecting the cost of communications and hardware infrastructure necessary for new customer sites.

Pre-contracted recurring revenues increased to £5.40m (H1 2016: £5.19m), while operating expenses increased by approximately £0.5m as the group continued to invest in management, sales and delivery capacity in expectation of further growth in the digital retail market.

Sales order intake is said to have remained strong and continued at near record levels.  Reflecting both this sales success as well as the investment in delivery capability, the group order book to period end stood at £2.78m.

It said: “The value of orders from new customers in the period has been good and sales prospects remain strong with a number of pilot schemes for prospective customers being planned for initial deployment in the current financial year.”

Its Enterprise Division is said to have benefited from increased investment in its sales and marketing capability.

“The Manufacturing business is increasingly driven by the food and drink processing sector where the group has a strong presence.  The group businesses which focus on the supply of solutions to the wholesale distribution sector have also continued to trade well, as has the business focused upon order fulfilment and distribution,” it said.

“The Enterprise Division enters the second half of the financial year with both a good order book as well as a good list of sales prospects.”

Looking ahead, it said management will continue to adopt a careful and measured approach to acquisitions but the board remained keen on finding suitable targets to add value.

“Notwithstanding any potential uncertainty which may result from the forthcoming Brexit negotiations, Sanderson has a good order book and together with a healthy balance sheet, a strong reputation and track record and with good sales momentum in its target markets, the board has confidence the group will continue to make further progress during the current financial year,” it added. 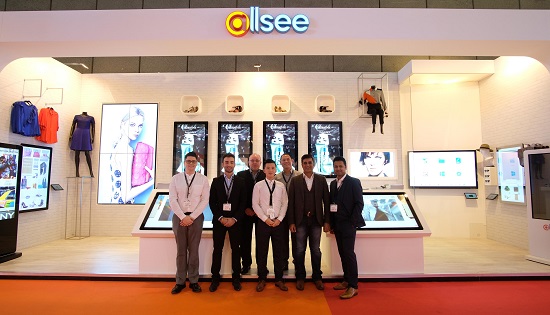