Who is Edge Testing?

Edge Testing is a leading expert in providing world-class software testing solutions. The award-winning company is typically engaged when organisations are implementing a new system or making significant changes to an existing system. It ensures that systems are fast, secure, available and work as expected in an increasingly complex IT landscape.

Founded in 2007, Edge has grown to 250 people and boasts some of the UK’s premier testing thought leaders and experts.  Through its Edge Academy, it has brought over 60 newcomers into the testing industry over the past four years.

The company, which is listed on the Sunday Times Hiscox Tech Track 100, has quickly built up an excellent reputation with an enviable client list across financial services, telecommunications and media, utilities, retail and the public sector, including Kwikfit, the Big Lottery Fund, Flybe and Heineken.

The first Digital Test Hub by Edge Testing was launched in Glasgow, Scotland 2013 to provide low-cost, on demand services – the first of its kind in the UK. In 2017, based on its success, a second Digital Test Hub opened in Birmingham, England.

Edge Testing is an approved supplier on the G-Cloud 8 (G8) and Digital Outcomes Specialists 2 frameworks, and has recently extended its reach across the UK public sector with a place on the Crown Commercial Service Quality Assurance and Testing Framework.

Edge Testing’s services include:
The firm tests back office systems, e-commerce sites and apps.  It tests accessing these from multiple devices including desktops, laptops, tablets, touchscreens and smartphones from its purpose-built device lab. 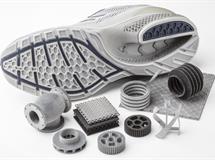 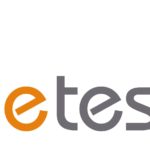 Who is Edge Testing?