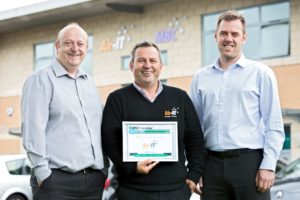 The listing places Air-IT at position 240 and well within the top 300 MSPs worldwide for a second year running – having climbed up 39 places from being 279th over the last year.

Todd McQuilkin, Managing Director at Air-IT said: “This ranking is outstanding recognition of Air-IT’s commitment to delivering world class service. It also reinforces our capabilities in helping our clients and the wider business community achieve success through technology.”

This year information on MSPs was gathered between March through April 2016, covering a wide range of metrics including growth in number of employees as well as the number of clients’ devices supported.

It also looked at revenue from a range of activities such as hardware resale and Cloud services – including Microsoft’s Office 365. Managed services and consulting also formed a key part of its calculations.

“On behalf of Penton and MSPmentor, I would like to congratulate Air-IT for its recognition as an MSP 501 honouree,” said Aldrin Brown, Editor in Chief, MSPmentor. “The managed service provider market is evolving at a rapid pace and the companies showcased on the 2016 MSP 501 list represent the most agile, flexible and innovative organisations in the industry.”

A top 50 list covering Europe, the Middle East and Africa is also due to be announced, and Air-IT is setting further hopes on a higher ranking across these borders too. In 2015, they were named at position 33 demonstrating their success and significant contribution to the IT services industry.

McQuilkin adds: “With further plans for growth and expansion throughout 2016 and beyond, we’re very much looking forward to the forthcoming EMEA results and next year’s list when we hope to break into the top 200 MSPs worldwide.” 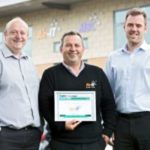