The decision by the BBC to move a number of services to Birmingham will provide a boost to the digital and technology sector in the Second City, it has been claimed.

The corporation is to move significant parts of BBC Three programming and content over the next few years, while Birmingham will also host a new youth team for BBC News.

More than 6,000 firms make up the digital sector in and around Greater Birmingham, more than any other core city in the UK, employing around 36,000 people and delivering £1.6 million to the local economy.

Much of the investment will centre around the Digbeth area, which is home to much of Birmingham’s creative and digital industry. It is also close to both the University of Birmingham and the Unviersity of Central England, which between them contain around a thousand students currently studying film, TV, media and animation.

“The BBC’s investment into Birmingham is a major boost to one of the UK’s best performing digital economies, further demonstrating that this region is being taken seriously as an exciting, tech-friendly location to set up and expand,” said Neil Rami, chief executive of Marketing Birmingham.

“Birmingham’s business landscape has diversified in recent years, with the city making a real name for itself as a hub for the digital industry. With cutting-edge firms such as Virgin Media thriving here – along with plans by Peaky Blinders creator Steven Knight to launch a huge new film studio in the city – the spotlight is now firmly on Birmingham, creating substantial opportunities for our young and talented workforce.” 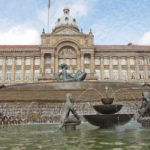