CommAgility, a developer of hardware and software for wireless applications, is celebrating ten successful years in business. Founded in 2006, the company shipped its first product, an AMC module, in 2007.

CommAgility has been consistently profitable from year two onwards. In 2015, it acquired German software company MIMOon. This added an expert team of wireless software engineers, to complement CommAgility’s skills in hardware and system design.

Edward Young, managing director at CommAgility, said: “Over the last ten years, we have built sustainable growth for the long term by continued investment in our engineering team. We look forward to how the company develops over the next decade.”

In 2016, CommAgility was rated as one of the UK’s fastest-growing technology companies in the Sunday Times Hiscox Tech Track 100, and has received the Queen’s Award for Enterprise in Innovation. CommAgility was also in the Tech Track 100 list in 2015, won the Queen’s Award for Enterprise in International Trade in 2013, and appeared in the Deloitte Technology Fast 50 in 2012 and 2013.

CommAgility is based at Loughborough University’s Science and Enterprise Park, with a second office in the Tectrum technology centre in Duisburg, Germany. It exports around the world, with customers in over 15 countries including the USA, China, South Korea, India, France, Germany and Japan. 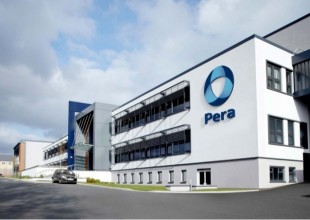 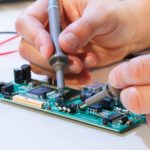