Manufacturer to Wax Lyrical about its £17.5m deal

PORTMEIRION, the Stoke-on-Trent manufacturer which sells its pottery around the world, has bought candle maker Wax Lyrical for £17.5m.

Wax Lyrical employs 122 people and is the UK’s largest manufacturer of home fragrances, exporting its scented candles and reed diffusers to more than 40 countries.

Accounts for its parent company, Lighthouse Holdings, showed pre-tax profits of £2.1m on sales of £13.8m in 2015. A dividend of £2.0m was paid by Lighthouse this year, prior to the acquisition.

The deal is a major investment for Portmeirion, and will increase the group’s turnover by one-fifth to more than £80m.

Lawrence Bryan, chief executive of Portmeirion, said: “We are proud to acquire a group delivering world class Made in Britain home fragrances. Together with our existing strong brands of Portmeirion, Spode, Royal Worcester and Pimpernel, these new brands will drive our business forward and offer significant opportunities for growth”.

Wax Lyrical’s managing director Joanne Barber will continue to run the business from its existing facilities in the Lake District following the acquisition.

The consideration for the deal has been funded from cash reserves and debt draw down on new banking facilities comprising a £10m loan facility, a £10m revolving credit facility and a £2m overdraft facility from Lloyds. 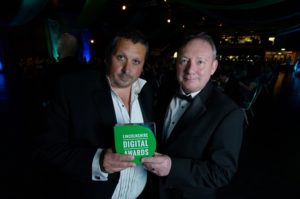 Manufacturer to Wax Lyrical about its £17.5m deal