Customers in the UK can now pay and collect rewards for their loyalty without needing to touch their wallet or phone thanks to the launch of a new innovation.

It means customers of more than 400 signed-up retailers can choose to check-in to places automatically when they arrive, with their face and name immediately appearing on the point of sale screen so they can be charged for their purchase and given their stamps.

The transaction is completed securely and an instant push notification is sent to tell them how much money they’ve been charged – similar to apps like Uber.

Steffan said: “Imagine being able to walk in to your pub, restaurant, coffee shop or clothing retailer and getting treated like a star – greeted by name, given personalised treats, and having everything charged seamlessly to your account as if you owned the place.

“Thanks to Zero Touch™ and Droplet this is now a reality and we are currently rolling it out to our merchants, which currently number just over 400 spread across ten UK cities, including Birmingham, Cambridge, Edinburgh, Glasgow and London.”

He continued: “The accuracy of the technology means that in busy environments merchants can see exactly who is in the queue, charge people instantly and serve customers faster.

“In more laid-back places users can come and go as they please and there’s no need to wait for the bill or interrupt the experience to pay. It is the first time that anything like this has been introduced and promises to be a real game-changer.”

Talks have already started with a number of terminal makers, payment service providers, gateways, acquirers, issuers and even banks, as the rapidly growing app looks to drive a closer collaboration between payment and loyalty in the high street.

“We are slowly but surely moving the bricks and mortar businesses in the consumer world towards digital processes that lock in their customers to ease of payment (Zero Touch™) and integrated loyalty rewards,” added Steffan.

“Droplet has been really successful so far and has raised a lot of investor interest and I believe the next big step forward is to develop mutually beneficial relationships with established payment providers…this will move us on to the global stage.”

Founded by Steffan Aquarone and Will Grant in 2012, Droplet is the UK’s only cross sector mobile loyalty and payment platform and is currently active in 10 cities.

More than 130,000 payments have been taken to date, offering merchants a fee-free transaction method and vital intelligence on customer behavior.

Zero Touch™ is a major breakthrough for the company and complements existing plans to roll-out the app into ten new locations and the development of more contracts with large enterprises, such as catering company Elior. 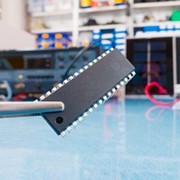 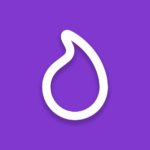