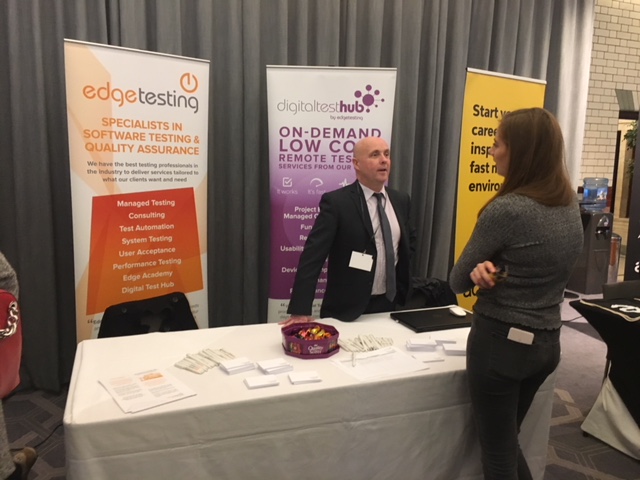 Edge Testing Solutions Ltd (Edge Testing) has developed a unique customised award in software testing which has been recognised by the Scottish Qualifications Authority (SQA). As Edge Testing is headquartered in Scotland, the training for its all employees, including its Midlands team, is managed north of the border.

The Edge Testing customised award is delivered through its Academy training program. The award offers candidates the opportunity to develop their understanding of the theory around software testing practices and techniques, and offers hands-on experience of test automation tools, agile, devops and continuous integration, amongst other testing disciplines.

The Edge Academy, which was set up in 2013, is a two-year learning program that combines hands-on experience with classroom-based software testing training at Edge’s Digital Testing Hubs in Birmingham, Manchester and Glasgow.

Edge Testing’s Birmingham Digital Test Hub (DTH), which operates as a challenger to offshored testing providers, was established in 2017 with the aim of creating 60 new jobs in the region. Edge Academy celebrated its 150th graduate at the end of 2019 and has appointed more than 11 Edge Academy graduates from Midlands universities, including the University of Wolverhampton, Staffordshire University and the University of Birmingham.

Edge now has 11 SQA-qualified trainers, while each student going through the Academy will be recognised as an SQA-certified software-testing professional.

The Scottish Qualifications Authority develops awards and accredits internationally recognised qualifications and services, so achieving this certificate means Edge Academy’s qualifications have been independently quality-assured by this national body.

Duncan Small, a Principal Consultant at Edge, who led the team throughout the development and approval process, commented: “It was a top priority this past year for us to achieve SQA approval as it recognises our high-quality educational standards. Although it has been hard work, the development of the customised award has been a fantastic opportunity for us to highlight the specialist knowledge and training that is available via the Edge Academy.

“Ours is the first software testing customised award to be credit-rated by SQA on the Scottish Credit and Qualifications Framework. Being able to offer this award demonstrates to our clients UK-wide that we offer rigorous, industry-leading software testing solutions, and candidates who complete our course will have the confidence that they received high-quality training and knowledge over the whole two-year program.”

Open to a range of candidates interested in testing as a career, including school leavers with a passion for IT, graduates, graduate level apprentices and career changers, Edge Academy is popular because each graduate is paid throughout the training and has a job at the end, so it’s a proven career path.

Edge Testing, which has been awarded the highest level Gold status ‘Investors in Young People’ accreditation, saw the the 150th graduate successfully pass through its Academy at the end of 2019 and will continue to celebrate adding SQA-approved testing candidates to its team from universities across the UK.

Edge Testing’s Birmingham Digital Test Hub (DTH), which operates as a challenger to offshored testing providers, was established in 2017 with the aim of creating 60 new jobs in the region. Edge Academy celebrated its 150th graduate at the end of 2019 and has appointed more than 11 Edge Academy graduates from Midlands universities, including the University of Wolverhampton, Staffordshire

Sunday Times tips Digital Diabetes Media as ‘one to watch’ 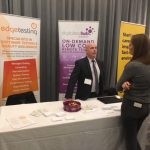