Birmingham’s tech sector is booming with more than 75,000 tech jobs advertised in the city in 2018, according to Tech Nation’s  Bright Tech Future Jobs and Skills report. Tech Nation will lead a discussion on talent and skills in the city on 7 October, as Birmingham Tech Week kicks off. 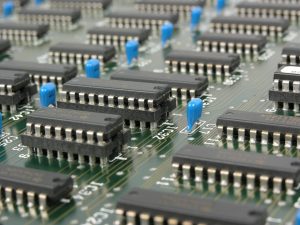 The event is part of a nationwide tour designed to accumulate evidence and best practice from local companies, investors, university representatives and other ecosystem participants across the country on the talent and skills challenges facing the UK tech sector. In Birmingham, Tech Nation says that almost 60,000 people are currently working in the tech sector, which contributed £1.7bn to the local economy in 2017.

One of the reasons that companies are searching for staff with digital tech skills is because older non-digital businesses are adopting technology and digitalising.  Around a third of digital economy jobs in Birmingham are within non-tech companies, showing the profound effect that technology is having across Birmingham’s business landscape.

The aim of the roundtable, one of eight that is taking place across the UK this autumn, is to meet with regional tech leaders to discuss the challenges and opportunities in the area’s tech ecosystem.
Local startups and digital tech companies are being encouraged to apply for Tech Nation’s Bright Tech Futures Awards – launched in collaboration with the Digital Economy Council and the Department for Digital, Culture, Media and Sport. This awards scheme is designed to turn the spotlight on the unsung heroes of the sector on which all successful digital businesses rely on. To find out more about the awards and to nominate up to three team members, go to this awards website.

Digital Secretary Nicky Morgan said: “Birmingham has put itself on the map as one of the UK’s booming tech hubs, with thousands of people employed in a sector which adds almost two billion pounds to the local economy every year. The region is also leading the way in the development of high-speed 5G connectivity through the Government’s Testbed and Trials Programme.

“I’m delighted Tech Nation’s Bright Tech Future tour is coming to the city as part of the first Birmingham Tech Week. It will bring together experts to discuss the industry’s most important issues and complements the work we are doing through the Midlands Engine Partnership to drive economic growth, increase productivity and boost prosperity.”

Mike Reeves, Divisional Managing Director at Santander Business said: “We’re thrilled to host Tech Nation’s Bright Tech Future Tour in Birmingham. As a business operating in the region, we know the abundance of tech talent that Birmingham is home to. In order to continue and boost the success of the city and the UK as a whole, it’s crucial that we discuss the future of the industry and what we as professionals working within it can do to help it prosper. That’s something that this event is helping to facilitate.”

George Windsor, Head of Insights at Tech Nation said: “Birmingham has truly cemented its position as one of the UK’s leading tech hubs. The Tech Nation reports of 2019 and 2018 highlight how it continues to show impressive growth and provides thousands of jobs in the UK tech sector. It’s no surprise that it’s one of the top six cities for new tech business births.” 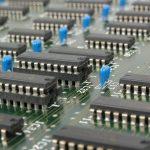